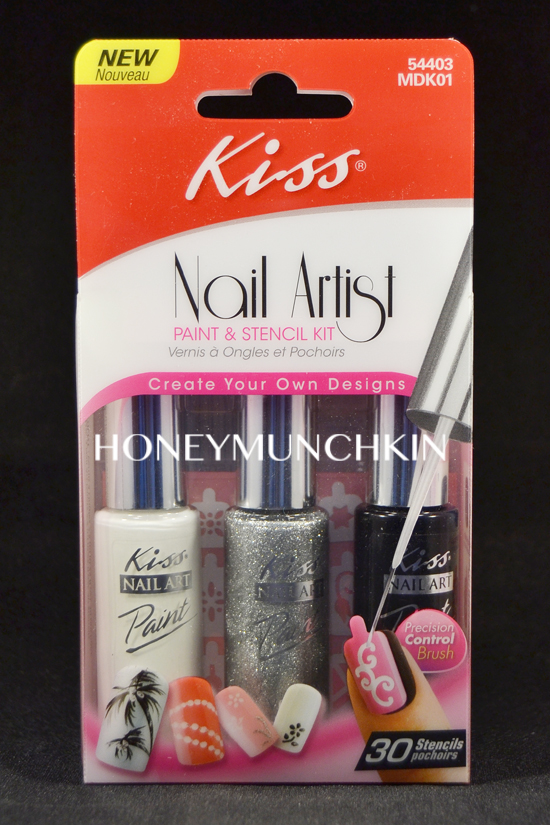 The final set of Kiss polishes I have to review for you is this Nail Artist Paint & Stencil kit. It contains three stripers, one white, one silver and one black. It also contains 30 stencils that you can place on your nail and simply fill in the spaces with polish. Sounds pretty neat, right?

Here in Sweden, this set is available in beauty stores such as Åhléns and Kicks at a price of SEK 145. All Kiss products can be found on their website www.kissusa.com.

So these are the stencils that come in this pack. There’s a lot of flowers going on here but also a few more abstract patterns. 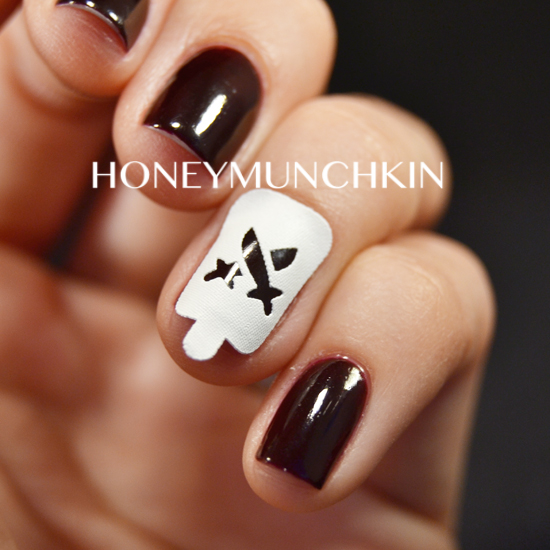 I chose to try on these crossed swords (Pirates, right?!), on a dark red polish to show you how it works. The stencil attached well to the nail without creating bubbles or folds. 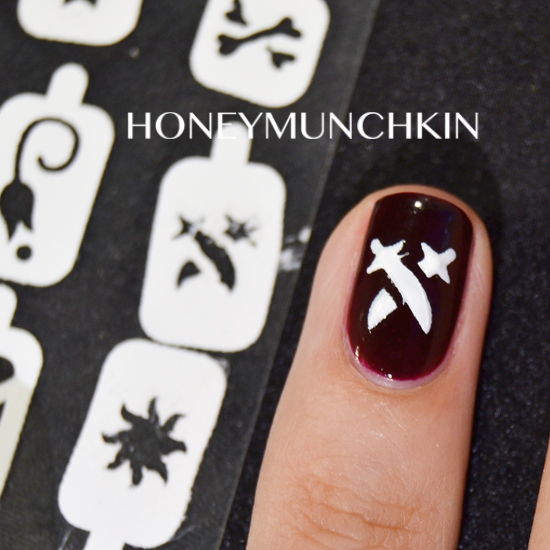 I then used the white striper to fill in the spaces in the stencil and peeled it off. Now, as you can see, it ended up pretty messy. The white polish was a tad thick, and dried a bit too fast so it pulled off some of the polish. I would have preferred to use a sponge here, and not a striper since they aren’t very good at even application over a bigger space. 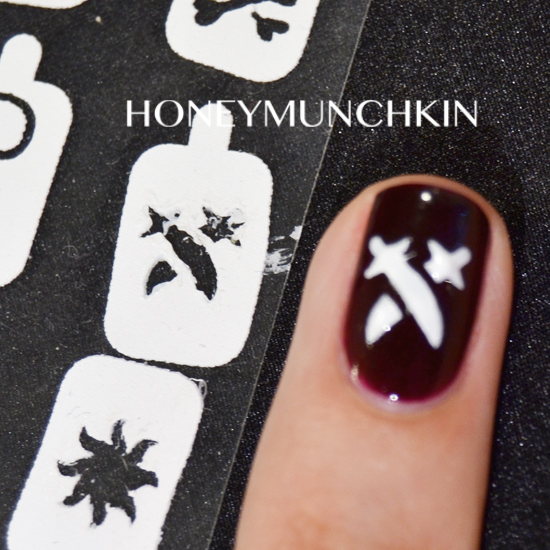 Also, the stencil can only be used once. The polish stuck to the fabric/tape that makes up the stencil, and if I would clean it with remover, it will melt the stencil, making it deformed. A bit of a shame, but that’s what chemicals do to plastic. These stencils might work much better with acrylic paint than polish, since you can easily wash acrylic off with water and not risk damaging the stencil. 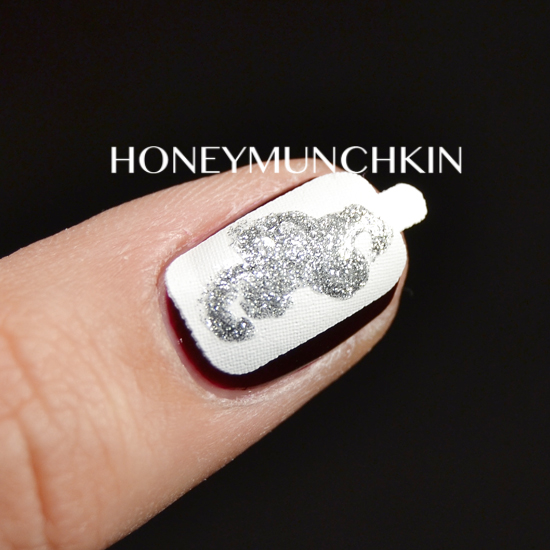 I also wanted to try this curly one with the silver striper. Again, it was a bit tricky to fill in the spaces using such a long thin brush, but it didn’t dry and drag as much as the white one. 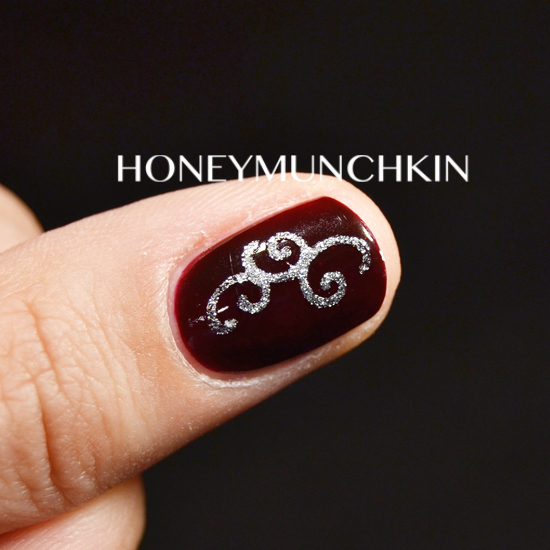 A much cleaner result! However, it’s a shame the stencil becomes practically useless after one use, since you can’t create nail art that looks the same across all fingers. 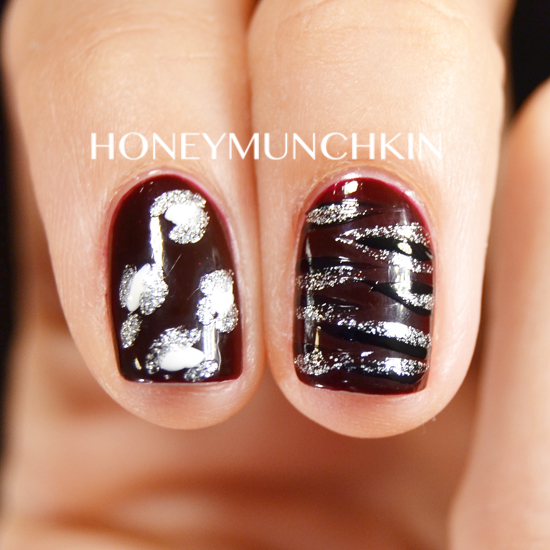 I also wanted to try the stripers on their own, and I must say that I prefer them like this. It’s a lot easier and goes on a lot smoother. I made some quick leopard spots and tiger stripes using all three stripers.

And sorry for the nubs, guys, I broke two nails not too long ago, so I had to cut them all down. Oh well, they’ll grow back!