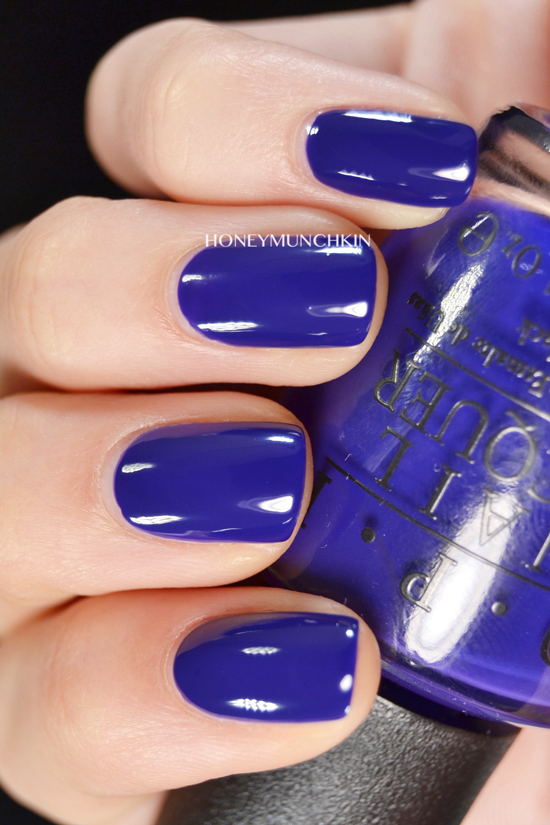 OPI…Eurso Euro is a medium blue cream polish with strong purple undertones. You will have seen this polish all over the nail polish blogiverse, but I think it deserves a post on my blog as well. The formula is okay, a bit on the thin side if you ask me. This is two medium thick coats, and you can see some bald spots but since I used this as underwear for China Glaze Meteor Shower I could live with it not being 100% opaque. 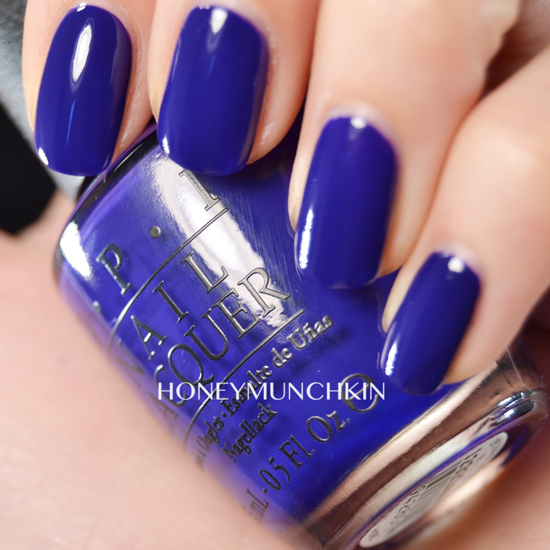 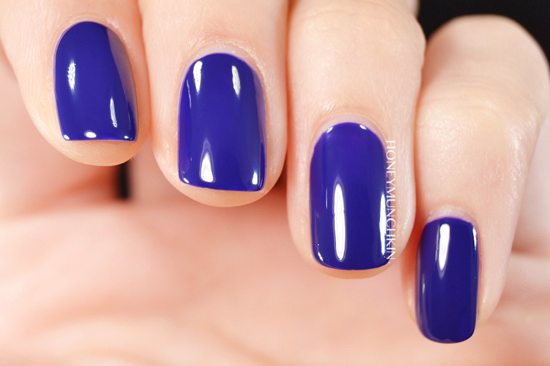 I love blue polishes, I really do, but I have such a hard time wearing them. I don’t know if it’s because I’ve out-grown the “non-classics”, or if it just clashes with my skintone, but I usually can’t stand blue nails on myself. They’re so pretty in their bottles, and other people look great with bright blue nails, but yeah… I hate to say it, but it’s not my cup of tea. 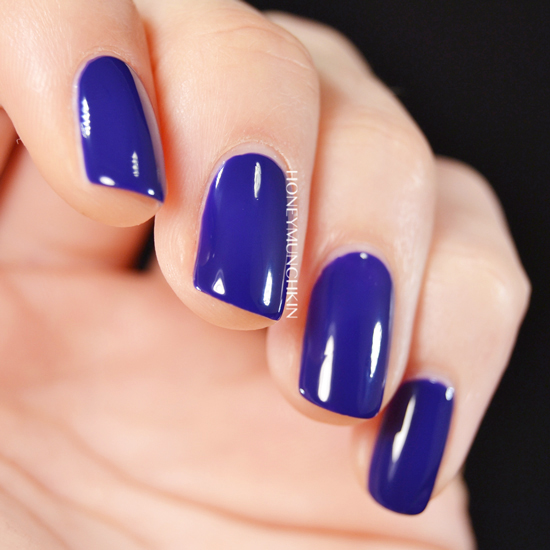