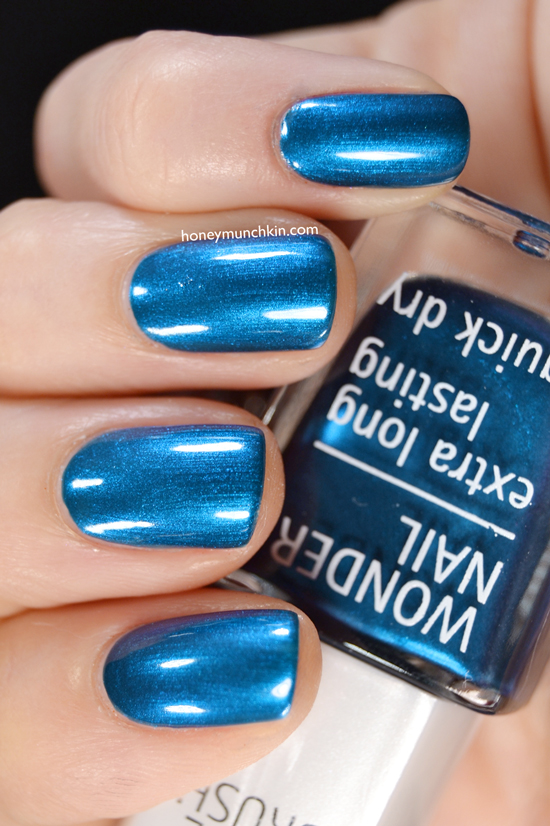 Peacock is an azure blue frost polish with a slight duochromatic effect in the bottle, a hint of purple, that doesn’t show at all once applied. The formula was rather good, but slightly on the runny side, and ends up a bit streaky. This is two coats without topcoat that dried rather fast. Cleanup and removal was super easy. 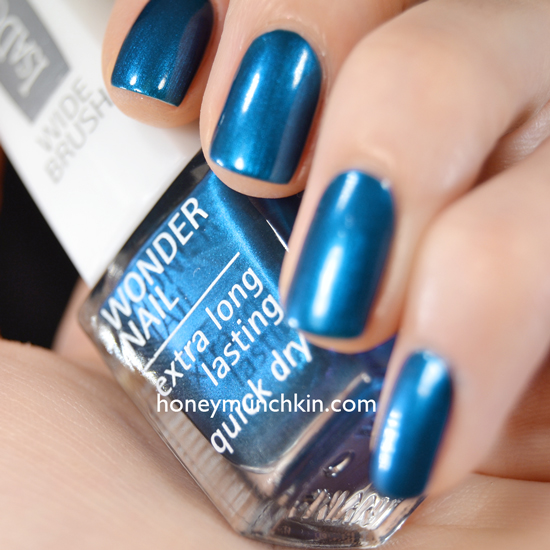 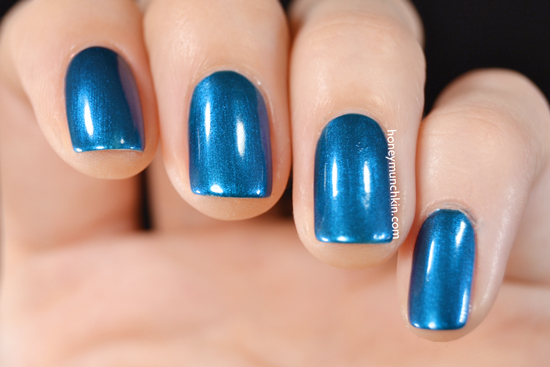 I mainly got this polish because of the name – I collect peacocks and nail polish so how could I pass this one up? I usually don’t like wearing blue nail polish because I think it clashes with my skin tone, but it’s a real pretty polish to photograph, if you manage to get a good shot at it. I took almost a hundred photos of this polish and only these five turned out alright. I also had to do some major color correction in PhotoShop, since this is one of the shades my camera doesn’t know how to deal with. I am glad, however, that I managed to do this polish justice on photo, isn’t it pretty? 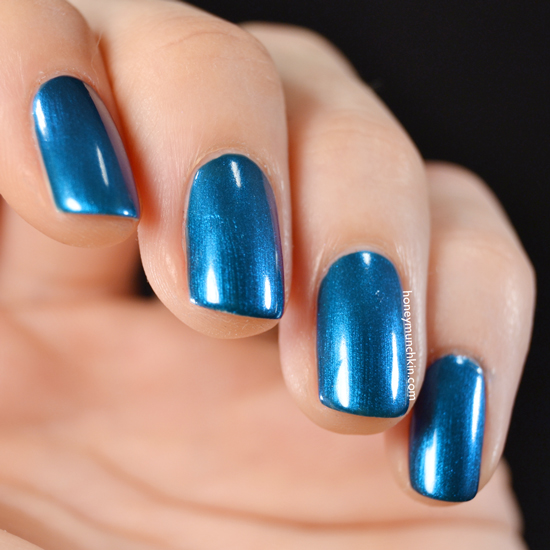 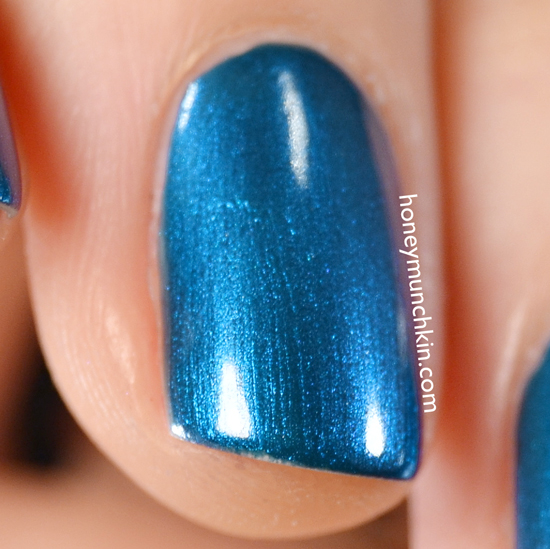