I’ve had these polishes since this summer, and this post has been sitting around ever since. I swatched them quite soon after I received them, but I just didn’t have the time or energy to write about them until now. You have probably seen thousands of swatches of these polishes around the nail blog universe, but I want to show them to you anyway. This is China Glaze’s summer collection, and these are the first six, the creams. They are all bold neonesque shades, and many of them dry with a sort of rubber finish – something I actually didn’t expect. Like so many others who have reviewed these, I find them difficult to work with. They aren’t very opaque, and you need at least two thick coats, but I’ve used three on all swatches since they have a tendency to be streaky. They’re fun for summer, but not my favorite collection from China Glaze. I’m hoping the other six, the jellies, will be better.

Sun of a Peach

Sun of a Peach is a bright peach cream polish, and I love peach shades! They don’t make my skin tone look so yellow, which is always nice, and it’s a good alternative to pinks and nudes. Office friendly, but still right for summer. It dries rather glossy compared to the others, but I would definitely wear this with a high gloss top coat. 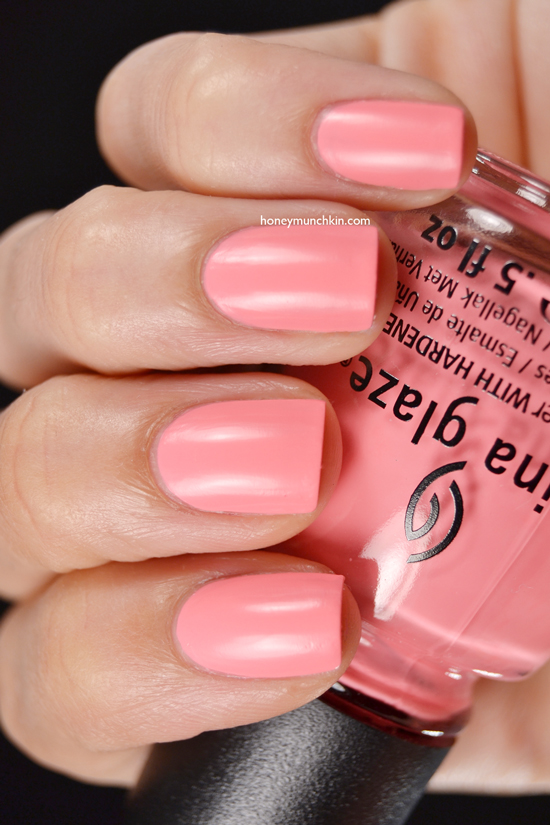 Neon & On & On is a bright coral pink cream, and also a good alternative for pinks and nudes, and I think it goes well with my skin tone. This polish dries with a rubberesque finish, and I actually kind of like it.

Bottoms Up is a bright pink polish with blue undertones, and it also dries with a satin finish. This polish is too Barbie for me, and it makes my skin look green, but it would look smashing on someone with a pinker skin tone than me. 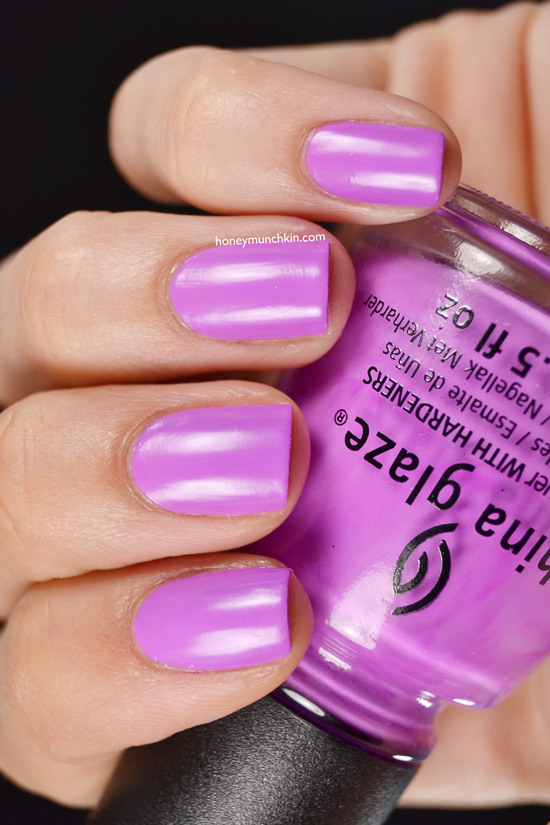 That’s Shore Bright is a bold warm purple, and a shade I quite enjoy wearing in the summer. Formula wise, this is the worst out of the six for me, not easily applied at all and it took quite some time for it to dry. It also, strangely enough, shows off all the little kinks I had on my nails that I didn’t even notice until I saw the photos. Even though the coats were thick-ish due to the formula, it still dried very thin. That would obviously be remedied by wearing a decent base and topcoat.

Too Yacht to Handle 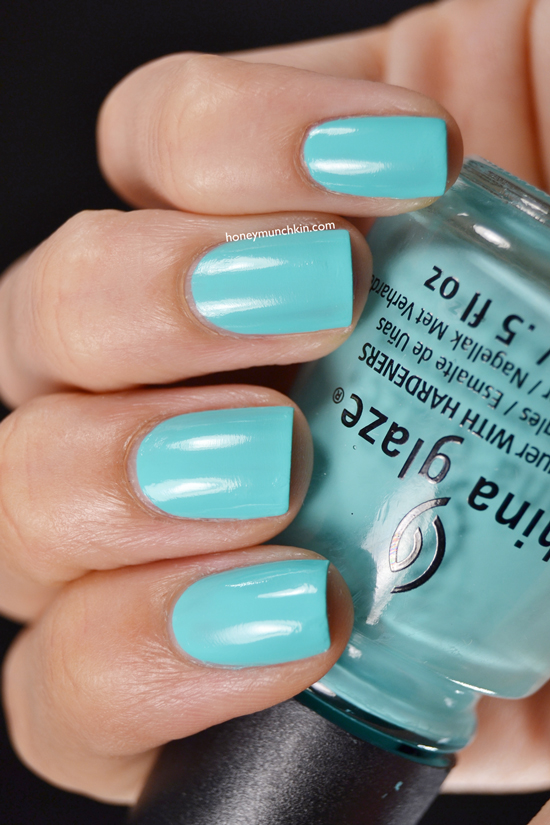 Too Yacht To Handle is the only one of the six that dries with a high gloss finish. I’m not sure how close this shade is to For Audrey, but it does look pretty darn similar when I look at other swatch photos (I have yet to see a proper comparison of the two, though. I suspect this one is a touch more blue).

Highlight of My Summer 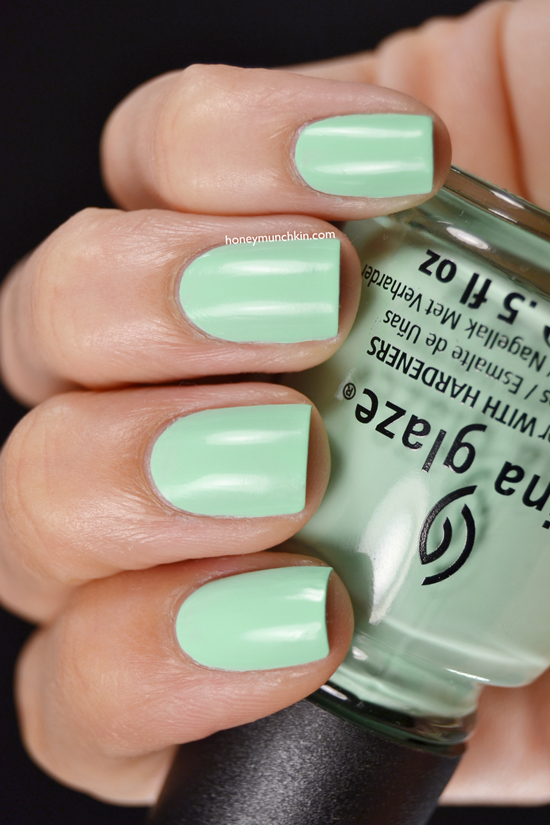 Hightlight of My Summer is a very pale green with yellow undertones, and one of my favorite shades for spring. This isn’t very neon at all if you ask me, but it does dry darker than what it looks like in the bottle. I’ve had to correct the color in this photo, because my camera didn’t pick up how yellow it was. I very much dislike shades like that because it’s so hard to do them justice.

These polishes have been sent to me for review, which has had no influence on my opinions.